Why I Want to Switch to a Chromebook 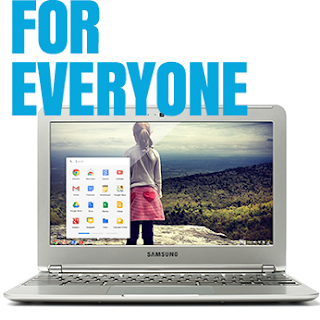 From the time that I first heard about them a few years back I have been intrigued with the idea of Google's Chrome OS and the Chromebook.  Up until recently, that fascination had simply to do with the fact that I am a geek and the idea of an operating system that was totally internet based seemed like it would be a cool system to play around with.  I have been a big fan of Google apps and now that I am at a school that uses Google apps I have made them part of my daily routine.  Even after all this, I thought that I could never make a Chromebook a usable part of my routine.

As cool as the idea of chrome OS was, I am a power user and I regularly need access to a couple of special applications.  I thought that as awesome as Chrome OS is and as much as I wanted to tinker with it, I thought it would never replace my Macbook pro.  About a week ago all of that changed.

My school has a 1 to 1 program for students in the middle and upper schools, and we have recently begun to consider the idea of adding 1 to 1 Chromebooks for at least a few of the grades in the lower school.  As part of this consideration the school bought a couple of Chromebooks so we can see how they work.  I was lucky enough to get one of Chromebooks to test out.  I absolutely love it!  And the best part of this Chromebook?  It only costs about $250!  I have decided that a Chromebook will become an important part of my workflow from now on.  In a couple of future posts I will talk a little bit about the advantages of the chrome book and how I plan to successfully move from a Macbook pro to a Chromebook as my primary laptop computer.

Have you had a chance to play with a Chromebook?  What did you think of the user experience?  Is it something you can see yourself including in your workflow?
Posted by Unknown at 10:35 AM